The POLIN Museum program titled Estranged. March ’68 and Its Aftermath addresses the events which took place 22 years after the Holocaust. The European Association of the Museum of the History of Polish Jews POLIN (AEMJP) is the main sponsor of the March 1968 project.

On March 18, 2018, the AEMJP, in collaboration with The Institute for the History of Polish Jewry at the Tel Aviv University, is organizing a conference regarding these events. Details (program, etc.) will soon be available on our webpage. The Head of the POLIN Museum Dariusz Stola and Polish-Jewish philosophers Stanislaw Krajewski and Jan Wolenski will be among the speakers at the conference.

Exclusive trip to Poland:
Save the date! POLIN Museum, Klezmer in Krakow & Lublin

Almost every year, the AEMJP organizes a trip to Poland, with a double objective: to explore the new Poland, rediscovering and learning to cherish its Jewish heritage, and to help the development of the Polin Museum, which relies on the generous support of its international friends and donors.

We are going to visit together, in exceptional company and conditions, the Core Exhibition with Polin Museum’s representatives. We will subsequently visit Krakow with its Klezmer Festival, and Lublin, the “Jewish Oxford”. We will meet people who are today personifying  the living memory of Jewish Poland.

The trip will be also be exceptional from an organizational point of view (a private plane and the finest Polish hotels). For more details see here.

We were delighted to welcome the Friends of the AEMJP to an exclusive screening of a movie The Zookeeper’s Wife, which relates the story of the Żabiński family who managed the Warsaw Zoo during World War II and were thus able to save hundreds of Jews from the ghetto. The movie will not be distributed in French cinemas, and our screening therefore offered a unique opportunity to view it in Paris. The Event was presented in collaboration with the Polish Institute in Paris, and you can see here a few pictures of the event.

On 4 October 2017, POLIN Museum, which opened three years ago, welcomed the 1,000,000th visitor to its core exhibition,. Even more people experienced POLIN’s temporary exhibitions and performances, attended workshops and lectures, took in the museum’s architecture and ambiance, and enjoyed our cafe offerings, bringing the total number of visitors to almost 2.5 million. One of the original rooms of the core exhibition, Paradisus Iudaeorum, was funded by the AEMJP.

Emanuel Ringelblum (died in 1944),  together  with his Oneg Shabbat team, was able to collect and preserve – between 1939 and 1943 – an astonishing quantity of documents pertaining to Jewish life in Poland, as they felt that there might be no one  left to tell their story. On November 16, 2017, The Association of the Jewish Historical Institute of Poland & the Oneg Shabbat Program opened the ground-breaking exhibition: What We’ve Been Unable to Shout Out to the World (3/5 Tłomackie Street, Warsaw). The Ringelblum Archives were inscribed in UNESCO’s Memory of the World register in 1999 in recognition of its unique value to

The 75th anniversary of the Warsaw Ghetto Uprising on 19 April 2018 will be one of the last major commemorations to be attended by survivors and witnesses of these events. The 2018 ceremonies will be organized in cooperation with multiple Jewish institutions and accompanied by a rich cultural and educational program. Friends of the AEMJP who would like to attend this event are invited to get in touch with us (office@aemjp.eu).

New objects in the Museum

The Polin Museum acquired three objects for its permanent collection: a tallit (prayer shawl), a mahzor (festival prayer book), and a yellow Star of David. These objects, abandoned in 1947 by a former Nazi soldier in hiding in an abandoned flat in Lodz, were cared for by Holocaust survivors Abraham Siedlecki and Chana Frajlich from Canada. Their daughter, Lynda Kraar, decided to donate all three objects to POLIN Museum after her parents passed away.  Read more…

The winner of the 2017 POLIN Award was Joanna Podolska, director of the Marek Edelman Dialogue Center in Lodz. Jewish Lodz became through her work a bustling and modern idea and space. Joanna Podolska contributes to the popularization of knowledge about the Jewish community in Lodz among all social and age groups, by organizing cultural, and educational events. Read more…

Dr. Karol Nawrocki, the new head of the recently opened  Second World War Museum in Gdansk, announced the introduction of 12 important modifications to the main exhibition before December 2017. He estimates that “the exhibition in the current version suggests that that the Poles are representatives of the nation who during the Second World War was involved in the mass murder of the Jewish population”.

In January 2018, a new council of the Museum will be proposed for approval to the Ministry of Culture; two major names are missing (historians Norman Davies and Timothy Snyder). They are replaced with local controversial experts, known for their insistently patriotic stances, according to Gazeta Wyborcza.

In September 2017, Mateusz Morawiecki, current Prime Minister of Poland, revealed his Jewish Roots during the ceremony of the Antonina and Jan Zabinski Awards in the Warsaw Zoo celebrating Polish citizens who saved their Jewish compatriots during the Second World War. (The Zabinski Family saved hundreds of Jews in their zoo in Warsaw). Morawiecki, whose Jewish part of family was saved by the Catholic Poles, stated that Polish People as such should be awarded with a tree in the Yad Vashem garden (as for now, Denmark is the only country recognized as “Righteous” by the World Holocaust Center).

It was later revealed by Morawiecki’s father that the family Mateusz Morawiecki referred to was a family in rather metaphorical and extended sense (source: RMF.fm).

Twenty First Day of Judaism in the Catholic Church in Poland

The Day of Judaism in the Catholic Church was celebrated, for the 21st time (21. Dzień Judaizmu w Kościele katolickim w Polsce)  on January 17, 2018, in Warsaw. The motto of this year’s event is: « Peace! Peace to the close ones and to those who are far away » (Pokój! Pokój dalekim i bliskim!). Celebrations include a common prayer at the Jewish cemetery, Liturgy of the Word led by Cardinal Kazimierz Nycz in the Metropolitan Arch cathedral, prayer for peace in the Warsaw ghetto and  discussion panels at the POLIN Museum, exhibitions, etc. For the Chief Rabbi of Poland, Michael Schudrich, this is an “extremely important event” in the eyes of the Polish Jews. 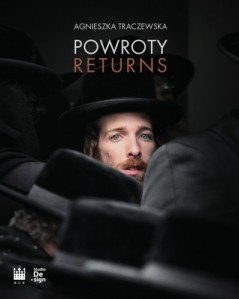 In January 2018, Polish Deputy Minister of Culture Jarosław Sellin declared that he will support the initiative to build a Polish Hasidic museum. “Poland should make one more effort to protect the heritage of Jewish culture in Poland and to build a future museum of Polish Hasidism” he noted. The statement was made after the presentation of a book of photographs Chasidic Returns to Non-Forgotten Places (Chasydzkie powroty do miejsc nie-zapomnianych) by Agnieszka Traczewska in the POLIN Museum.

The most conservative part of the Polish Church linked to Radio Maryja, whose representatives have often been accused of anti-Semitism in the past, is consistently trying to propose a new picture of itself and is forming new alliances. The International Conference “Memory and Hope” was organised in Torun, Poland, on November 26, 2017 and was devoted to the attitudes of Poles who saved Jews during World War II. The event was led by the Redemptorist priest Tadeusz Rydzyk and the president of the “From the Depths” foundation, Jonny Daniels. The then Prime Minister Beata Szydlo was present at the opening, as well as several other ministers of her government.

The conference was criticized for using the inflated narrative of the rescue “as a propaganda hatchet to promote Law and Justice’s populist-nationalist ideology” (Sever Plocker).

We say farewell to the French philosopher Jean Salem of the University of Paris 1 Panthéon Sorbonne, a specialist in Marxism and Greek atomic philosophies. He passed away on January 13, 2018. Born in 1952 in Algiers, Jean Salem was the son of Henri Alleg, aka Harry Salem, Polish Jew, and the author of the book The Question, denouncing the torture of civilians during the war in Algeria.

Daniel Lindenberg, French journalist, writer and historian of ideas, former member of the socialist Zionist movement Hachomer Hatzair, died in Paris on January 12, 2018. His parents were Polish Jews, he studied history and sociology at the Sorbonne. His most well-known book was devoted to the analysis of the shift of the public debate towards the political right (Le Rappel à l’ordre : Enquête sur les nouveaux réactionnaires, 2002).