The European Association of POLIN Museum of the History of Polish Jews, founded in Paris by Corinne Evens, has been supporting the POLIN Museum from its inception. It contributed through its donors to the preparation and opening of the Paradisus Iudaeorum Gallery, depicting the life of Polish Jews from 1569 to 1648. It was the main sponsor of an exhibition devoted to the last Jewish Exodus from Poland, around March 1968, which became the most visited temporary exhibition in the history of the Museum.

The European Association organizes events aiming at promoting both the POLIN Museum as such and the themes of particular exhibitions at the Museum. I has been engaged, since 2007, in dozens of actions in Paris, but also in London, Tel Aviv, Jerusalem or Nancy.

Since 2017, the European Association have been engaged in several fruitful collaborations with major institutions in Israel. Below, a short list of these events, with links allowing to see more details. We think that the introduction of contemporary thriving Israeli culture and ideas to the promotion of the Museum is essential and we are happy to be a part of it.

The European Association of the Museum of The History of Polish Jews POLIN (AEMJP), jointly with Beit Hatfutsot – The Museum of The Jewish People in Tel Aviv, organized a unique screening of a famous documentary about the 1968 forced migrants: “Gdanski Railway Station” (Dworzec Gdanski), written by Teresa Torańska and directed by Maria Zmarz-Kozanowicz.

In collaboration with the Jerusalem Cinemathèque, the European Association AEMJP has sponsored the screening of the movie directed by Roberta Grossman and produced by Nancy Spielberg, Who Will Write Our History at the Jerusalem Jewish Film Festival 2018.

The biggest event to date initiated by the AEMJP and coorganized with Israeli partners was the conference dedicated to both the fiftieth anniversary of the March 1968 events and to the exhibition at the Museum of the History of Polish Jews POLIN in Warsaw. Our partners in this entreprise were:

It ended with a screening of two movies: “Happy Jews” by Jonathan Rozenbaum and “Lake ’68” by Irit Shamgar, and a discussion with: Irit Shamgar (film director), Dr. Ela Bauer (Seminar Ha-Kibbutzim College), and Marek Rozenbaum (producer and film director).

The AMEJP initiated a scientific symposium around the movie Who will write our History, which took place on December 27, 2018 at the University of Tel Aviv. 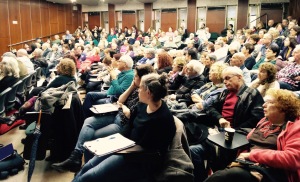 Propaganda and Visual Representation of Modernism
The Case of Tel Aviv and Gdynia, December 17, 2019

With the Liebling Haus – The White City Center in Tel Aviv (the official museum of Bauhaus of the Municipality of Tel Aviv),  the Polish Institute in Tel Aviv and the Adam Mickiewicz Institute in Warsaw, we organized an event including a series of lectures and a discussion panel (in English) aiming to explore questions raised at the temporary exhibition at the POLIN Museum of the History of Polish Jews in Warsaw: « Gdynia – Tel Aviv ». 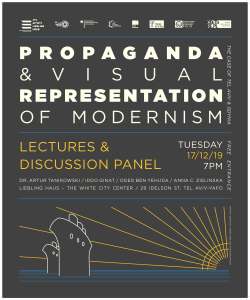